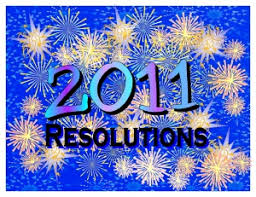 I know all anyone wants to read about is Beth’s exciting life but hey the rest of us have stories too, albeit not nearly as exciting. 4 months ago I made the resolution to buy nothing new in 2011. One may wonder how that resolution has worked out considering our world travels. Well it hasn’t been perfect but I think I’ve done pretty good, of course there is still room for improvement.

I did have to stop and think about how much my resolution should affect the other people in my family. It’s fine for me to choose to do this for myself but is it fair to expect everyone else in the house to have to live this way too. Obviously, Dan has the means to go buy anything he wants or needs but the kids don’t always have that ability and they do still have some needs that can’t always be met at a thrift store. So while I do still preach the evils of child labor in the clothing industry I have made some necessary purchases for the kids. And since they have heard my mantra many, many times in the past 4 months their expectations for new items are very slim. They have made more purchases for themselves instead of expecting me to buy everything they want.

I am very proud of the fact that for the past 4 months I have not made 1 single trip to a coffee shop unless I was meeting a friend for some social time. No matter how tired I have been I have not stopped and gotten any coffees for just myself. I have gone through the Starbucks drive through a couple times but only when I was picking up coffee for someone besides just myself.

Also up until last week I had not bought anything new for myself. I have had a list of wants that I have been putting on hold until next year (delayed gratification at its best) and I did break down and ask for 1 item that i wanted for my birthday. But last week Beth needed to go buy some new shoes for her trip to London and while we were at the store I did decide to buy a pair of Tom’s for myself. Since my shoes are either too dressy and uncomfortable or just plain ratty I was thinking a new pair of shoes for walking around Las Vegas would be nice. I could justify the purchase of a pair of TOMS because for every pair purchased TOMS will give a pair of new shoes to a child in need. At least I know that something good came from my purchase even if they are still made in China.

During Beth’s and my time in Europe we managed to buy very little. We did, however, buy some clothes from a vintage store. Not only were the clothes less expensive than buying something new but how cool is that to say, “oh I bought this at a vintage store in Paris!” I did feel like I should buy the boys something touristy since they didn’t get go with us, so I bought them each a t-shirt. Dan got some French mustard and a couple Carmel/ choc candy bars.

Back in Feb was Daniel’s 20th b-day so we had to figure out how we were going to handle that, luckily he wanted tickets to a concert and since that falls into the category of events not stuff it didn’t break any rules. Beth’s 18th b-day was just last week but she had been covered with her laptop that she got at Xmas so she wasn’t expecting anything besides a crepe breakfast.

Easter is coming up so we’ll have to figure out what we’re  going to do about that. It’s already a challenge since I try not to buy the kids any candy, which doesn’t leave much to put in those plastic eggs. I’ll have to do some serious thinking about what I’m going to do for that.

Another thing that I have managed to stick to is putting aside 20% of our paycheck into savings. At this point I should have a nice little chunk of money set aside. Well not exactly that money has helped pay for the Beth’s impromptu New York and European travels. We have managed to get through all of her trips without incurring any credit card debt and for that I am very happy! While I will still put aside the 20% a majority of it is now being claimed by Daniel. In an effort to get him to cut back his work hours and concentrate more fully on his college classes we are taking over paying his rent and utilities. 5 months ago I would have never thought that I could pull that out of our monthly budget but now I know I can and still have a few hundred dollars go into savings.

All that to say I am still embracing he “no new in 2011” rule. I am happy that we are not bringing more stuff into the house and we are working on decluttering as the renovation works its way through the house.