While Beth was in LA she did a few runway shows. One of them was for the CFDA/Vogue Fashion Fund. She walked for both Pamela Love and Joseph Altuzarra. It was hard to find any pictures of her from the shows, this was all I could find floating around the internet.

Beth was excited that she OPENED the show with a look for Joseph Altuzarra and he chose her to accompany him on his walk out on the stage.

He was also the Winner of the CFDA/Vogue Fashion Fund Challenge.

Being in the show and having her hair done by world famous hair designer Frederic Fekkai landed Beth her picture in the January issue of Vogue:

Here’s one of the pictures of Beth in Vogue, there is also 1 more small one of her in the Pamela Love look.

And here is the video of the runway show that Beth did in LA. You may see a fleeting image of her right after Pamela Love speaks, then the video ends with the same picture that made it into Vogue.

I got the text from Beth yesterday that I had to go get the Dec issue of Glamour magazine. I left immediately heading to Barnes and Noble only to find the Oct. and Nov. issues but no Dec. I went to the service desk to see if I was just missing it, the girl behind the counter asked if there was something I needed to see in the Dec. issue, to which I responded, “YES! my daughter.” That was fun to say. And yet it did not procure me a copy of the magazine. Thanks to Facebook I did get to see the pictures and I’ll just have to head back to B&N next week to pick up a hardcopy.

The life of a model…

She arranged for a cab to pick her up at 6:30am to take her to the airport. Unfortunately, the cab did not show up so she had to call around until she found a new cab that could get there very quickly. After much stress, she finally made it to her gate with just 10 minutes to spare.

Once she landed Chanel had arranged for a van to drive the models to the hotel. After a little down time in the hotel it was time to head to the Chanel Boutique for her fitting.

After the fitting she walked down the street to the Lux Salon where all the models got manicures and pedicures. One very nice perk from doing the show. Beth had so many blisters from New York Fashion week that she was very happy to finally get a pedicure and get her feet and fingernails all cleaned up.

After her spa time she was chosen to be the hair model. Which means the hair people practice the look for tomorrows show on her so everyone on the team knows what they’re doing the next day. There was another model that they did the make up look on. While Beth and the other model were waiting they were drooling over all the Chanel purses and shoes that were sitting around the room. Sadly no trade from this show.

Back to the hotel and to bed for an early day again tomorrow. Beth shared her room with a Brazilian model that didn’t speak much English, so no late night chats for them. They were both to sleep very early.

The next morning the van picked up all the models at 7:30am then took them to a private home in Atherton where the show took place.

After the show the models were brought straight to the airport for  their return flight.

This is the second time Beth has done a Chanel runway show, the first time was in Istanbul. She really enjoyed the show and the little side trip was a nice distraction from all the bus taking in LA (which she does not enjoy.)

Here are a couple pics from the day that I snagged off Facebook. Thank goodness for Facebook or I would never get to see what Beth was up to!

Bethy was wearing pretty much all her own clothes for this test and there are a few items she was really excited to be shot in:

This black “leather” vest has made it into several of her shoots. The shirt underneath it had to be from the 80’s found at the thrift store.

Beth LOVES this button up white shirt that has birds embroidered across the front. Also a thrift store find (one that possibly should have been left behind in the thrift store.) 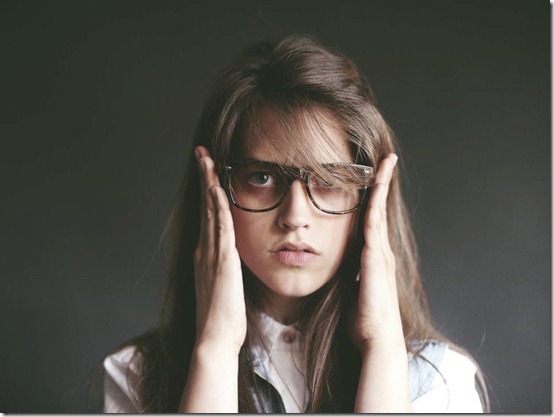 And her favorite item, Hello Kitty Vans! She looked all over NY for a pair that fit but ultimately had to order them since the stores didn’t stock her size.

There are even more pics at photos by Via

lifes many colors
Create a free website or blog at WordPress.com.