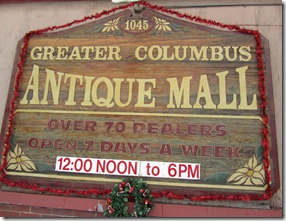 Thomas has started busing tables occasionally at our friends restaurant which means he had some money burning a hole is his pocket. All 3 of my kids are pretty good savers but every now and then they like to actually buy something with their money. Thomas was lying on the couch the other day listening to his iPod when all of a sudden he took off his head phones and said he wanted to go to the antique mall. OK I said, but why? He very excitedly exclaimed he wanted to buy a sword. The last time we went both him and Daniel spent quite a bit of time looking at the swords that were tucked away in one the many cases. Both wanting to buy one but not having enough money with them. So it must have just occurred to Thomas that he finally has enough cash to buy a sword.

So being the good (or is that crazy?) mom that I am, I took Thomas to the Antique store so he could search for a sword. He went directly to the correct room (which is amazing in itself since this building has many levels and many, many rooms) and called on the intercom for someone to come please open up the locked case.

The worker that was kind enough to show Thomas all the swords and told us about 1 other case in the store that had civil war swords. We did go look at those but they were about $600-$800, just a little out of our budget. After doing a quick once through of the building and finding a scythe (how amazing is that?) we went back to the first cabinet so Thomas could get his sword. Again the same worker really tried to point us towards the civil war swords because real swords have more value than a replica. Yeah well the replicas are $50 and Thomas is 13, I think we can live with them not actually having been used to kill someone in the past. Although the one Thomas chose could be real, we really don’t know. As Thomas said it could have been stuck in an arm pit before (because in medieval times that was where there was an opening in the armor.) 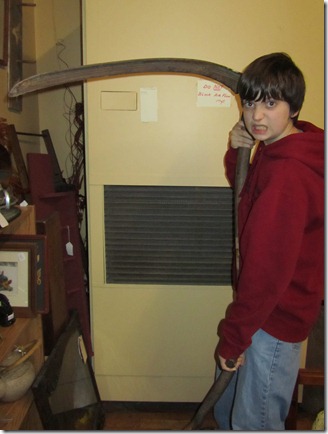 All alone I ventured into the attic of the building, while the building is rumored to be haunted the attic isn’t a spot that the ghosts are normally spotted (but it still feels a little creepy.) During the summer this area is miserably hot but since it is winter it was very chilly instead. Which added to the feeling that a spirit was following me around.

I think Beth would really appreciate all the vintage clothes and very sexy mannequins.

Both Thomas and I thought these hands were a bit creepy, it made me think of souls trying to escape hell. 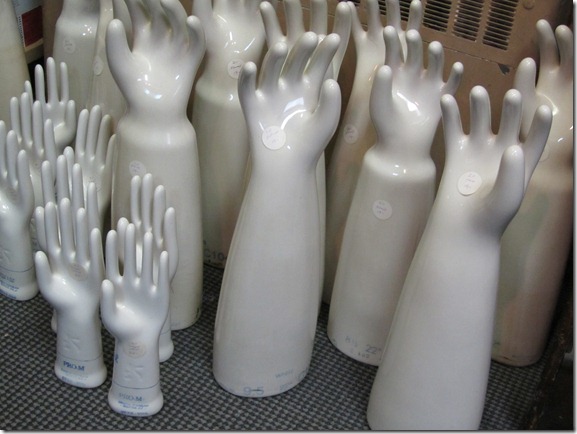 I love this wall hanging it is so bright and festive and so out of place in the antique mall.

This room also seems out of place, the rest of the rooms are kind of dark and dreary than there’s this Floridian room.

Back at home Thomas decided to take care of those troublesome snowmen that have been plaguing the city. 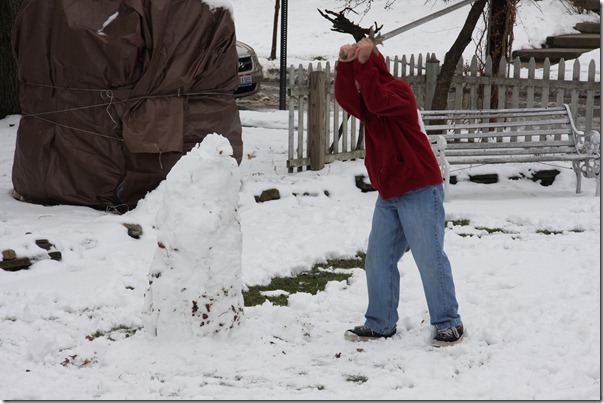 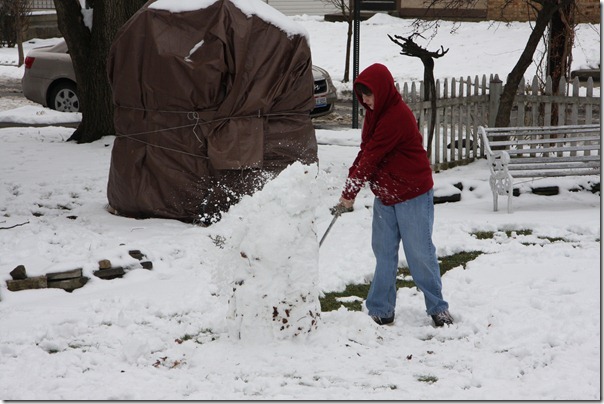 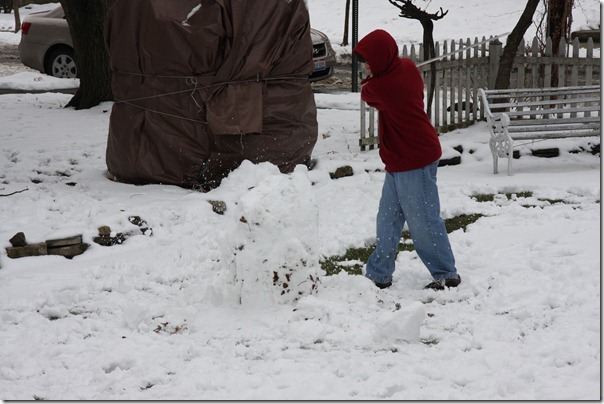 We will not have to fear snowmen ever again.

And just in case you’re reading this and thinking that you will never let your children over here to play with Thomas, don’t worry we do actually have rules regarding the weapons. They are to hang on the wall and be looked at only, they are NOT for sword fighting in the back yard unless he is alone.